Benin, the so-called land of esotericism, was our second destination. Embraced by the River Niger, the Republic of Benin is the home of voodoo and much spirituality. Without doubt,it has been the hardest trip we have made so far, owing toits humid climate and the difficulty of crossing the whole country by bus in a few days. As was the case in Ethiopia, there were two sides to the trip: sporting and solidary. This former French colony warmly welcomed us on an adventure full of emotion, companionship and solidarity.

On this occasion, our rival would be the Panthères FC Djougou, one of the strongest and most popular teams in the Benin Premier League, the country’s first division. After crossing the country from one side to the other, just the day after our landing, the match took place on 8February. It washeld in thein the Natitingoum Stadium, in thenorth of the country. Unusually for the country, this stadium hasa synthetic grass pitch, with a huge gallery stand that was occupied by more than 8,000 spectators whoincluded politicians and well-known personalities from the country. The match had significant media coverageand was broadcast live.

Playing inforty-degree heat, the match became one of the hardest that we had played so far. However, the greatreception that we were given by the Panthères supporterstotallymade up for our efforts. The welcome parade they had organised for our arrival to Natitingou is something we will never forget. 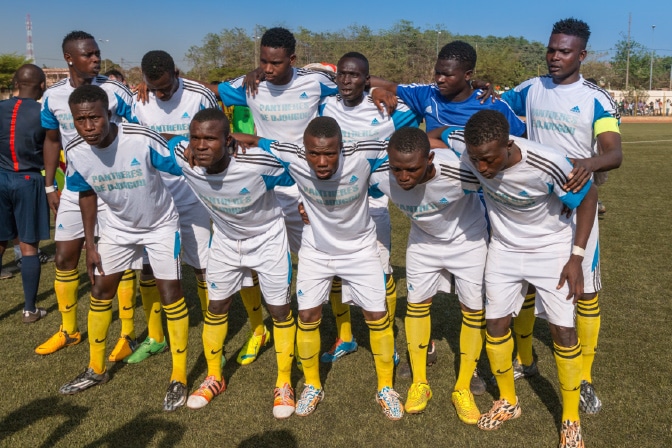 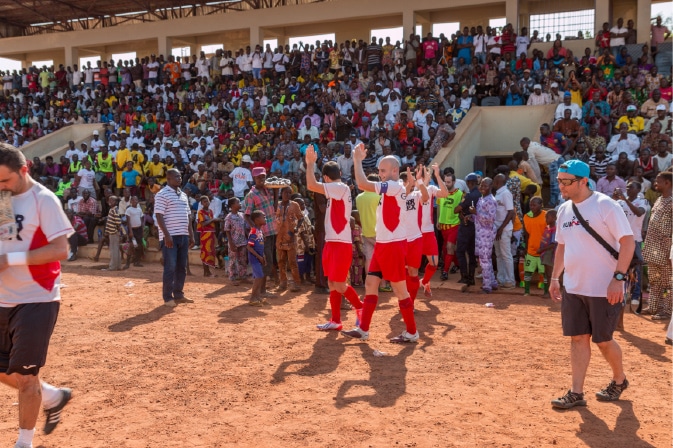 The Republic of Benin is a sacred land steeped in mystery and energy. A sacred place that inspired our souls.

The game against the Panthères wasn’t the only one that we had to play in Benin; we had a more important one. We were back in Benin’s capital city, Cotonou, to visit a boarding school located in one of the humblest neighbourhoods in the city.

Home to boys and girls aged 9 to 14, they are given shelter and schooling. The children live in a house close to the school. In addition to providing education, the school promotes values and helps the children develop as people through sport. Playing a match with those children, some of whom are already extremely talented and will definitely go far, was an incredible experience. Once the match had ended, we handed over the sports and school equipment that we had brought for them, something they thanked us for with songs and dances typical of the region.

Part of the 500 kilos of sport and school items that we brought from Les Franqueses to Benin were donated to Panthères FC Djougou so that their promising youngsters will be able to keep on training in order to fulfil their dreams. 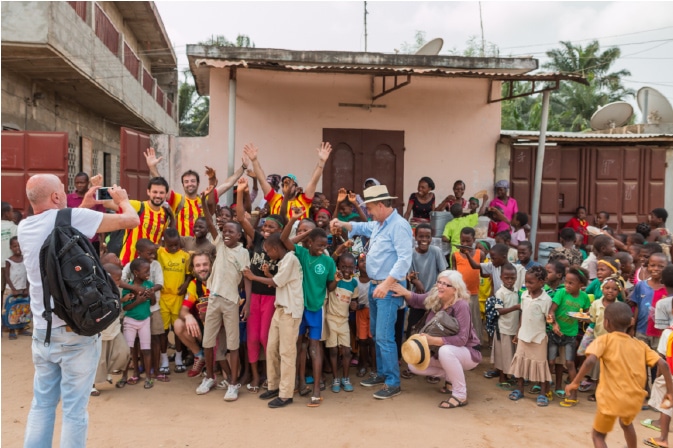 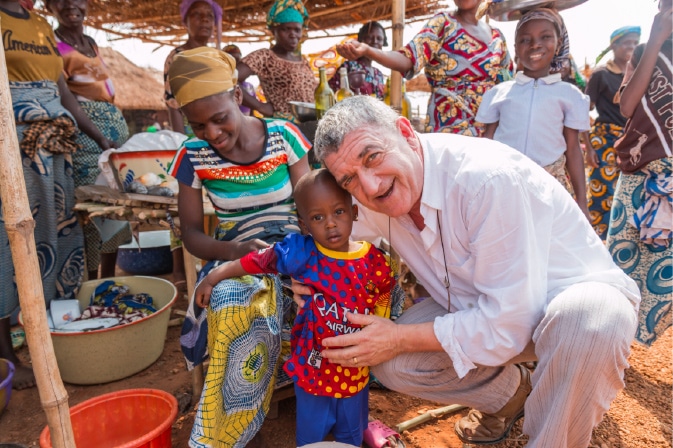