Our solidary and sporting adventures have continued in 2018 with our trip to Madagascar. A distant island, a country of contrasts and one of the most beautiful places on earth. A world of human, animal and geographical diversity.

The group arrived in Madagascar on April 10 to play a solidary match, familiarise itself with the facilities of the Yamuna NGO, hand over sports and school supplies, and, finally, get to know thecountry’s most emblematic landscapes.

Once in Madagascar, the 36 members of the Ramassà groupwent to the United Nations headquarters, where they were received by the authorities. The team also made an institutional visit to the city council of Antananarivo, the country’s capital city. There they met the members of the rival club, the CNaP’s, champion of the national league.

The match was played on Sunday, April 22, on the pitch in Vontovorona, the same town that Yamuna works in. We were very pleased because the attendance was a success, with 5433 people attending, taking into account the riots that took place in the capital during the previous night.

The players came out onto the pitch hand-in-hand with the boys and girls from Yamuna’s refuges, flags were exchanged, and Ramassà gave roses to the rival team, a gesture of camaraderie that is in keeping with the feast of Saint George. 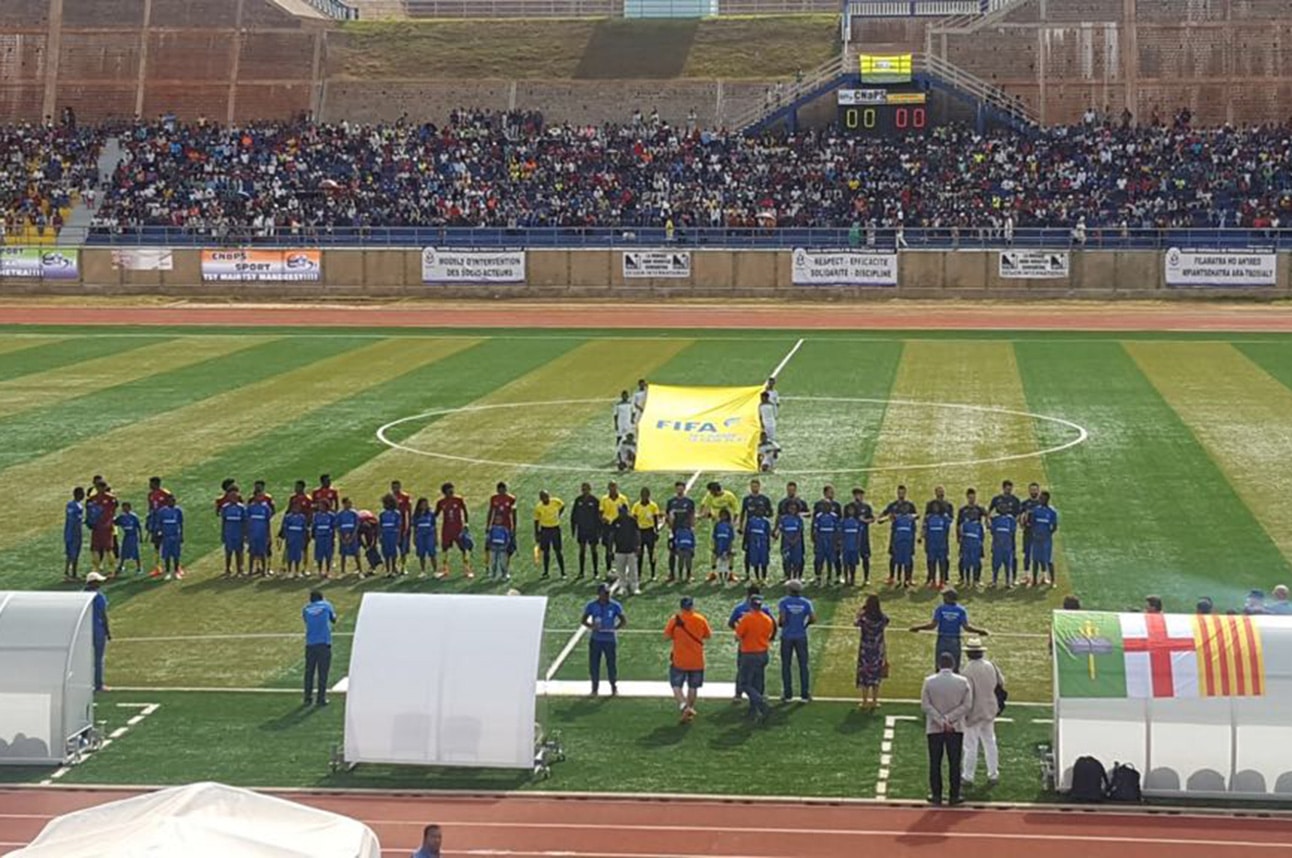 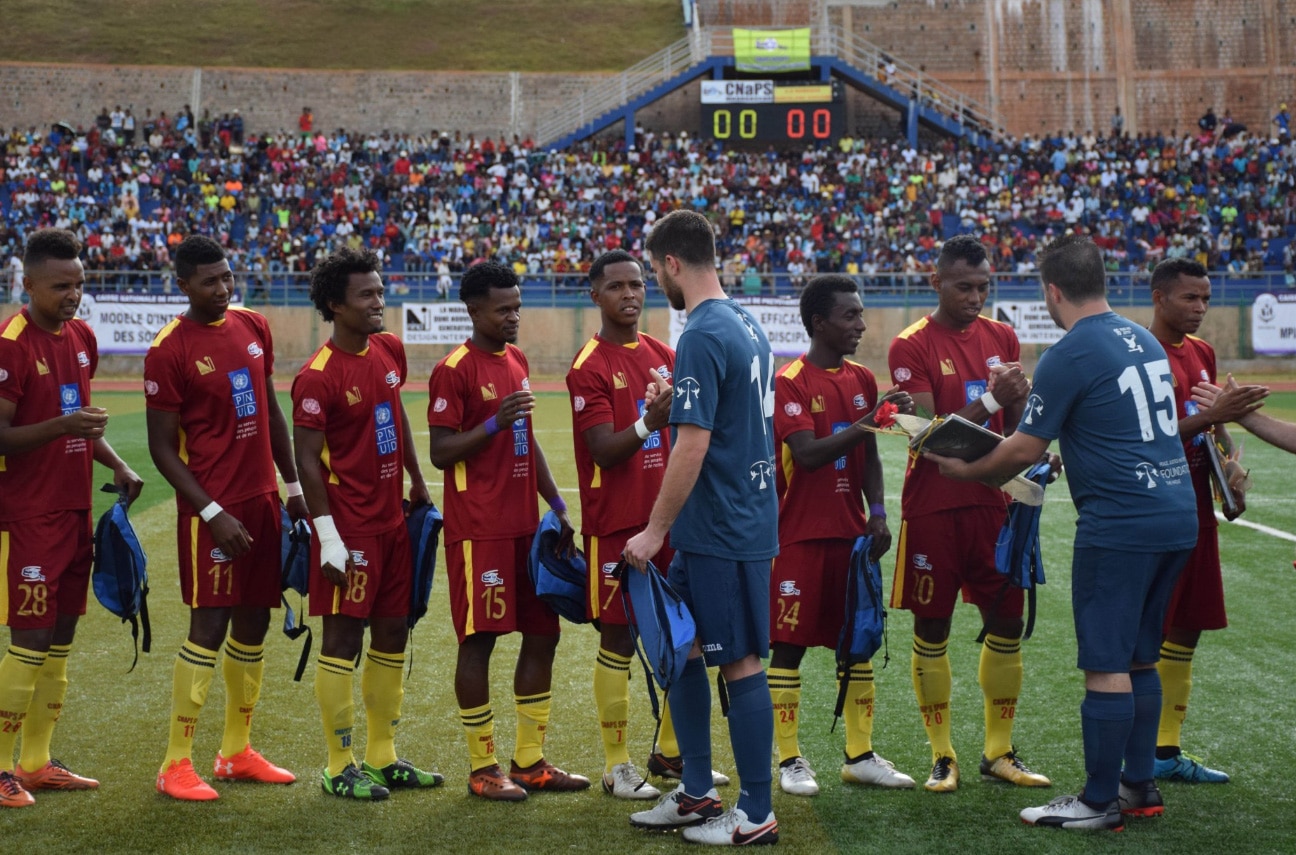 The final result was 9-1 (goal scored by Rubén Romera), with a very even first half, and a very sporting way of playing by both teams. The event was promoted as an opportunity through sport to convey to young people the importance of resolving conflict peacefully, the fight against corruption, citizen participation and non-violence.

The importance of the game was apparent through the announcement made by the state television broadcaster, which encouraged fans to attend.

The joint project between Ramassà and Yamuna has been ambitious, difficult and has been allocated many resources and much time. The NGO has been working since 2000 to reduce the marginalization of the most vulnerable groups and focuses its work on the protection of children and women.

After the match, Ramassà handed over sporting equipment to CNaP’s. Part of this donation, which weighed more than 300 kg, was from a joint effort with RCD Espanyol. School supplies were also given to the boys and girls from the Mandrosoa Education Centre. In total, the team brought 700 kg of supplies.

In the beginning, the project included the purchase of a bus to bring children with learning difficulties to the Tana special education school. The initiative could not be carried out to completion, owing to a change in the priorities of the NGO, since Yamuna had to allocate its resources to combat an epidemic and deal with the destruction caused bythe AVA cyclone.

The club will sponsor the construction of the second refugeat Yamuna’s main facilities in Tsinjo. Additionally, following the publication of last year’ssolidary book,“Jan’s dream”, this year we have published “Vic’s Trip”, which has also helped us to raise funds.

In the days following the match, Ramassà visited the Mandrosoa Educational Centre, where it spent a day carrying out various activities with the children, such as working in the vegetable garden, handcrafts, singing, dancing, and playing co-operative football.

In Madagascar, a public school does not receive any help from the state, its classes are full of students, and teachers have a low level of education. Because of this, Yamuna provides the school to remedy this short coming. At the end of the day, we gave them school supplies.

Once again, we had an experience that has enriched us as people and as a club. We also got to see the country’s natural wealth with a visit to the National Park of Andasibe. We took away with us a feeling of work well done and the memory of all the wonderful people we met.