2019 gave us a new destination: Ivory Coast, the world’s first cocoa producer. Our trip would focus mainly on knowing the area of Abidjan, the economic capital and the largest city in the country.

The Ramassà expedition left Catalonia on April 11 to start its new African experience, where it would repeat the every year formula: match against Africa Sports of Abidjan, collaboration with the Fondation GA Hommes de Demain’s project “For a smile”, and a few days to learn about the reality of a new country.

Once installed in Grand Bassam, and after learning a little about the history and some of the most illustrious characters of the colonial neighborhood par excellence of Abidjan, such as the king of traditional kingdom of Mossou, the expedition was prepared to play the game on Sunday April 14 against Africa Sports of Abidjan. 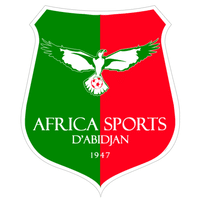 The match was played at the Robert Champroux stadium, where the Fondation G.A. Hommes de Demain had organized a previous solidarity match between former footballers and friends of the foundation, against a selection of sports journalists from Ivory Coast.

Once finished, the Africa Sports of Abidjan-Ramassà began. With the assistance of the children of the project “For a smile”, a fact that gave strength to the entire team, the act began with the traditional delivery of roses to the rival team, commemorating Saint George’s Day. 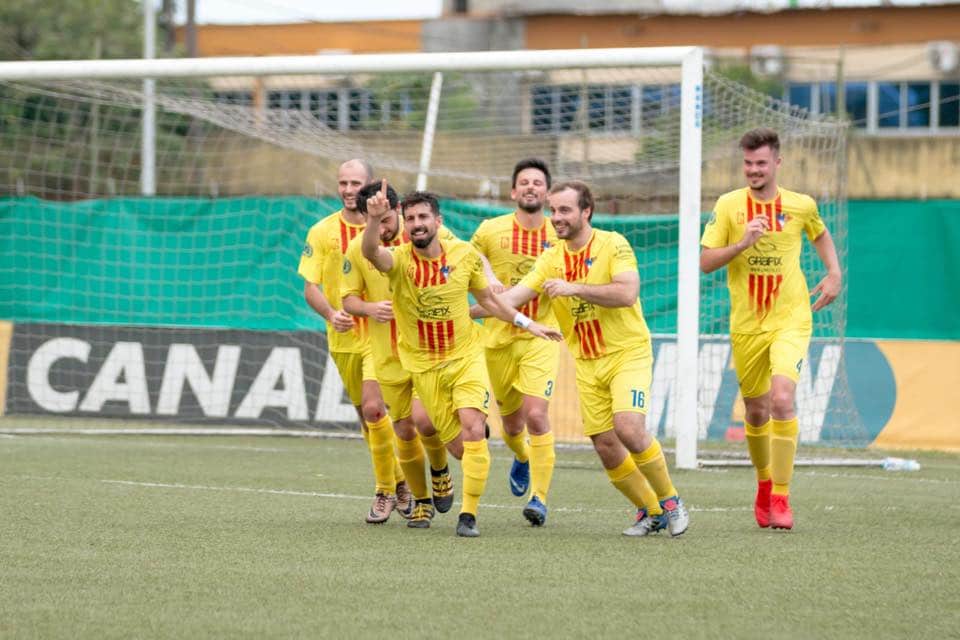 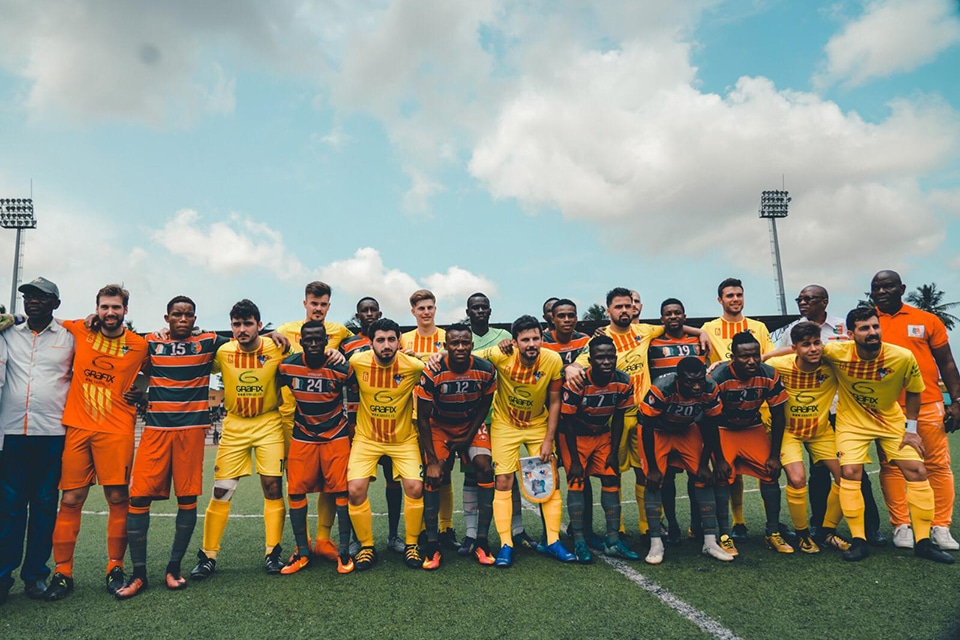 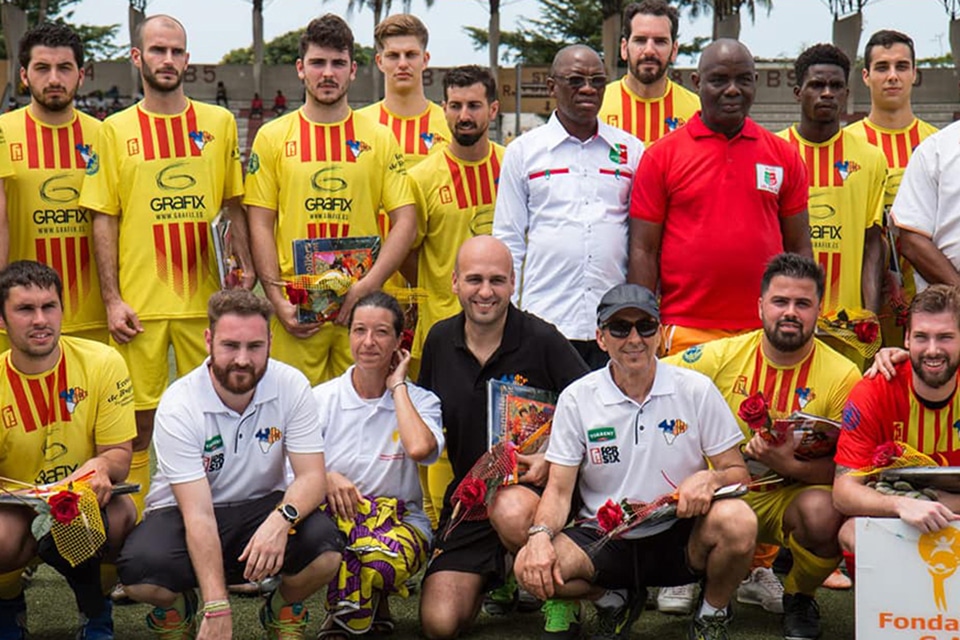 For the first time in 6 years, Ramassà reached the middle half with the score in favor, 0-2, with goals from Rubén Romera, penalty kick, and Marc Larripa. After trying to maintain the result, the heat, fatigue and intensity of the opponent finally put the 2-2, an entire feat for the club.

The first days in Ivory Coast also served to attend the invitation made by the Spanish Embassy to receive the club at its headquarters, where the project received high praise for the way sports are treated as a tool for social integration of children in situations of economic vulnerability.

The “For a smile” project of the Fondation G.A. Hommes de Demain was a project that made us very excited to know from first hand. As every year, we edit the solidarity story “For a smile”, which spoke and explained the true story of the protagonists of the foundation we were going to visit, and that allowed us to know some of the cases before arriving.

The foundation directed by Charlotte Chamarier and her husband Philippe Argoud have been carrying out projects to help children with different degrees of disability, both physical and mental, for many years. This fact implies a very high dregree of discrimination, since their own families separate them, in many cases because they pay more attention to the other sons and daughters that may be more useful to generate income, and in others because it is also considered that they can bring bad luck to the family.

The project “For a smile” was intended to purchase orthopedic material (prostheses, wheelchairs and functional mobility devices) to improve the mobility and access to education of 50 children with different degrees of disability. 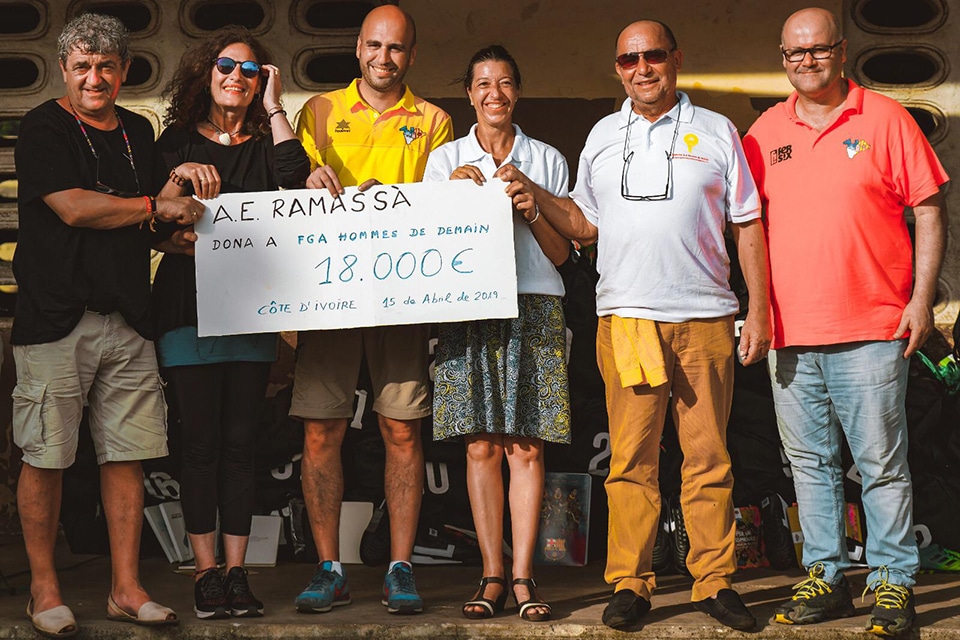 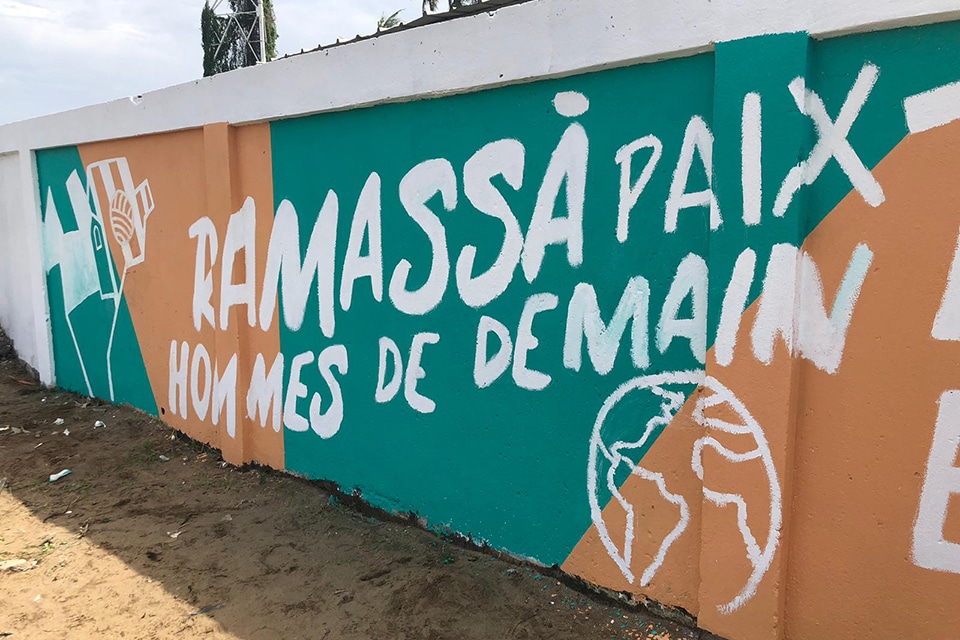 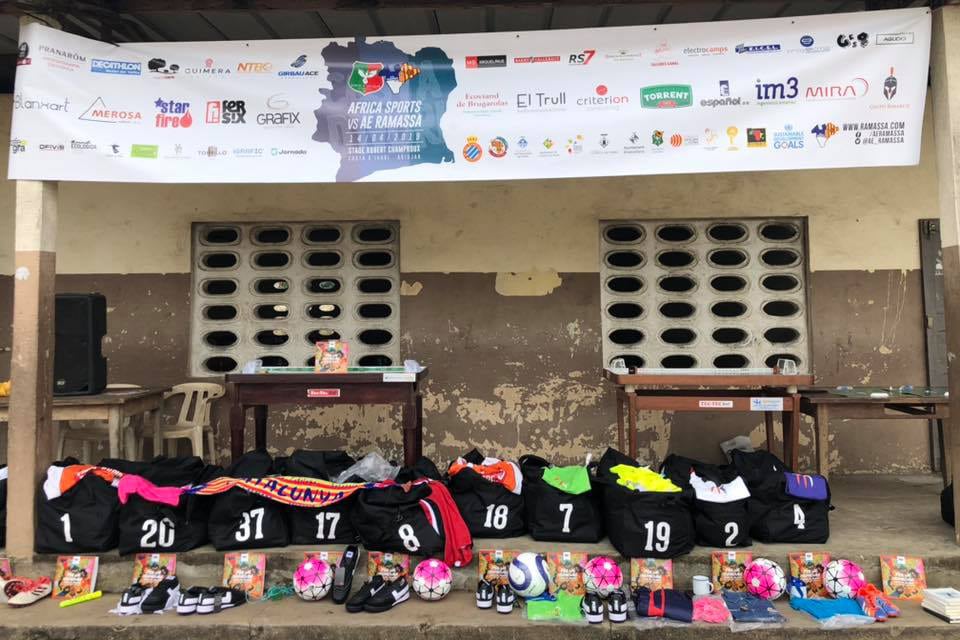 The day we shared the Ramassà expedition with these children was incredible. Afteer delivering almost 1 ton of sports and school equipment, and making the financial aid of €18,000 official for this year’s project, the different workshops were carried out, as well as a tradition. Painting, dance, football, traditional games… There were activities of all kinds to learn from each other. The novelty of this year was the decoration of one of the walls of the school where the workshops were held, with reasons for the Ramassà, the Foundation and with concepts associated with the project we carried out. 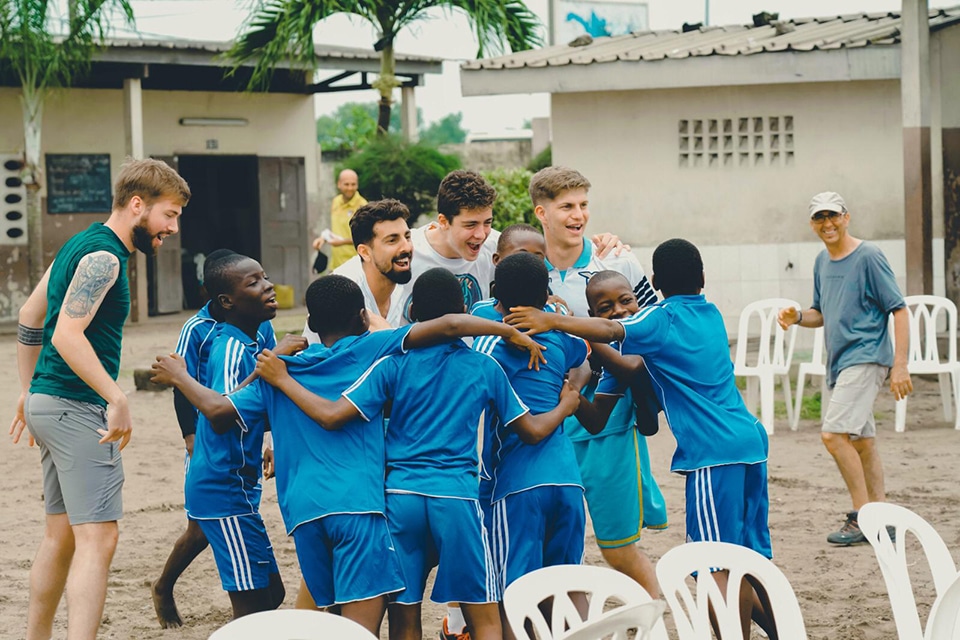 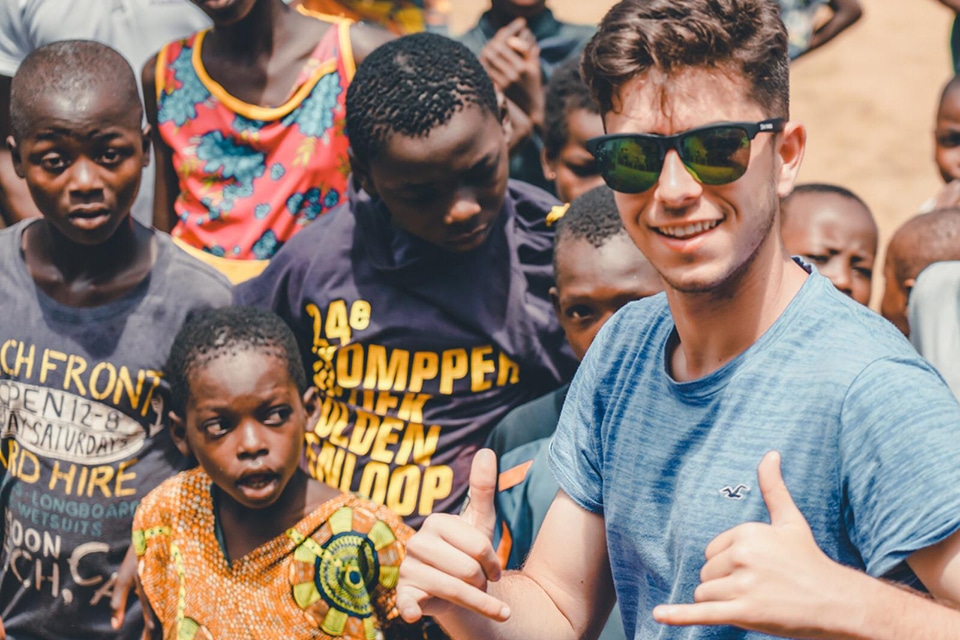 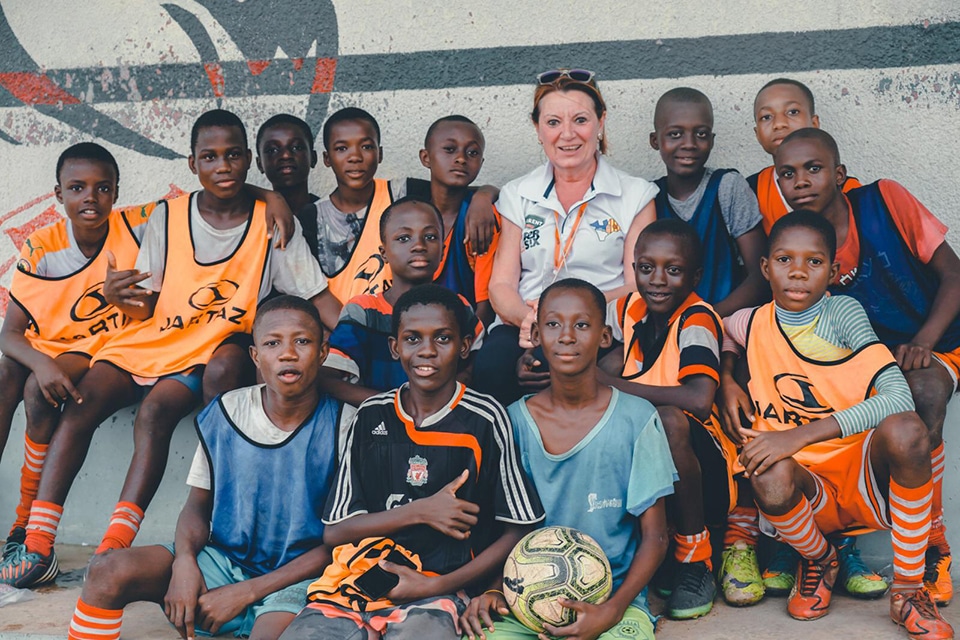 To end the trip and get closer to the local culture, we move to Grand-Lahou, where we met the colonial past of the city, we visited the Azagny Natural Park, a community of women who work cassava, rubber plantations and a company that works on palm oil.

After these days in Ivory Coast and the experiences we had, we had to go home. The relationship between Ramassà and the African continent is growing more and more every year. We start working for the next year!